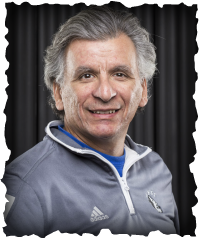 Richard Gauthier is the coach for the Kelowna Junior Racquetball Program.  He works in School District # 23 as an Aboriginal Student Advocate.  He is a certified Level 2 NCCP Racquetball Coach and Competition Coach with the Coaches Association of Canada.
He serves as the Racquetball Professional at Global Fitness.
Richard was the Head Coach for Team BC at the 2014 Canadian Junior National Championships held in Grande Prairie, Alberta.
He started the program in the fall of 2008 and has been coaching for over 5 years in Kelowna.  Richard also coached a junior racquetball program called "InnerCity Racquetball" in Winnipeg from 1997 - 1998.  He was the national coordinator of Aboriginal racquetball for racquetball Canada in the late 1990's. He was awarded the Manitoba Sports Excellence Award - Bronze level for racquetball in 1998, as well as winning the provincial Men's B Championship.
Coach Richard is an avid player who competes in tournaments throughout B.C.  He recently broke the top 100 in Racquetball Canada's ranking system settling in at number 80.
Richard has served as the president of the Kelowna Master's Racquetball Association for several years now.  The KMRA awarded Richard the prestigious"master of the year" award.
Coach Richard has been awarded the 2014 Sports Hero Award from the City of Kelowna and Pacific Sport on Feb. 5, 2014. 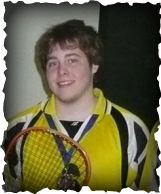 Assistant Coach: Tanner Soertaert
Tanner was one of the 2 first recruits to Coach Richard's junior racquetball program in Kelowna.  He started playing in his grade 11 year and was part of the junior program for 2 years.
Tanner is an active racquetball player, playing in the Men's B division in the Kelowna Master's Racquetball League.
This is Tanner's second year of coaching with the Kelowna Junior's.
Proudly powered by Weebly